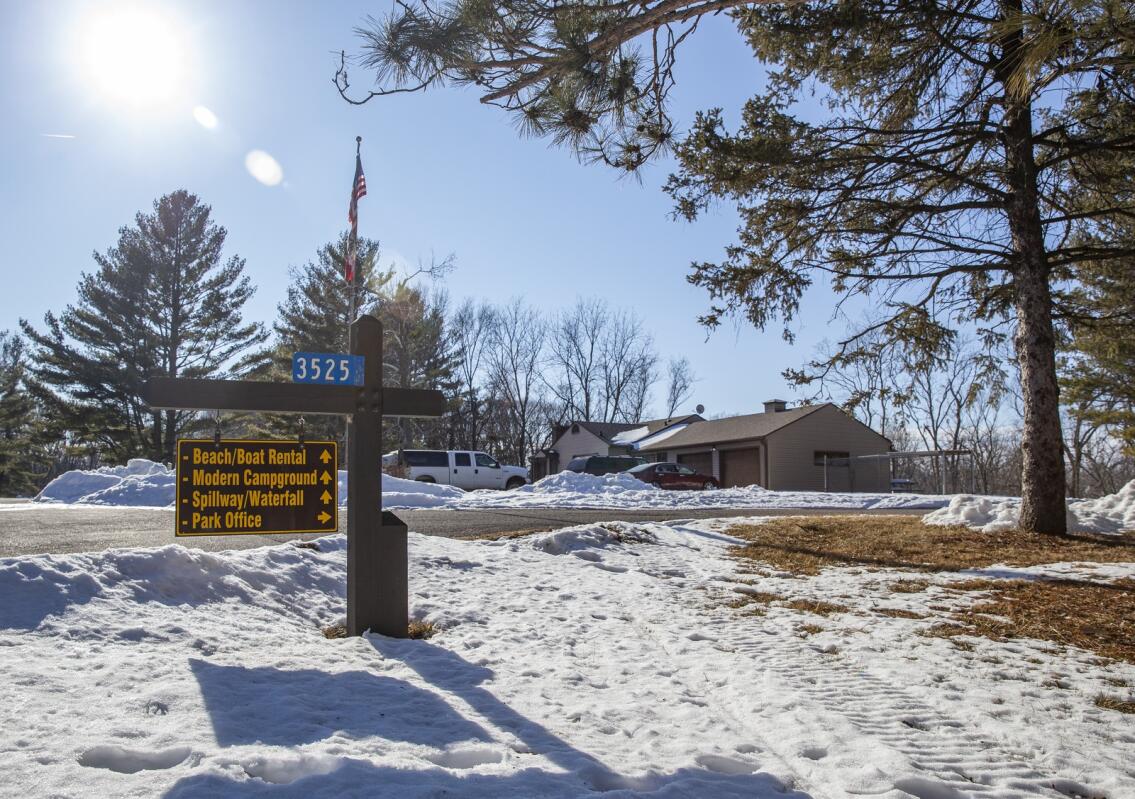 The Iowa Department of Natural Resources once required park rangers or other personnel to live in each state park “to ensure security of DNR property and adequate protection of the general public,” according to the DNR guidelines established in 2007.

At the time, Natural Resources officials believed that the value of the staff residing in the park was worth the cost of housing.

“Any apparent compensation is offset by the requirement that the employee be subject to hourly duty,” the guidelines state. “The public will be able to contact the employee at the residence in person or by telephone to purchase licenses or permits; for general information; and in case of emergency.

Times have changed and the transactions that once happened in person — buy a fishing license Where book a campsite – are now available online.

The DNR now wants park rangers and other staff out of the parks, saying it will not affect park security.

“Staff will continue to work their normal hours and be available for emergency response in the same manner as parks that do not have live staff on site,” DNR spokeswoman Tammie Krausman said. in an email. “Staff and district supervisors set working hours in shifts that best cover park management, regardless of where staff reside.”

MNR Residence and Region Guidelines by Online Gazette on Scribd

The drastic change is frustrating for current and former rangers, who say the presence of staff at national park accommodations provides excellent service to campers and other park users.

“Either the doorbell would ring or the phone would ring,” Gary Poen, 71, said of the 27 years he’s lived in. Viking Lake State Park, in Stanton, as a ranger. “The family was pretty much part of park operations.”

He remembers letting frightened campers stay in his basement during storms, selling fishing permits at his front door, and answering calls about camping availability. Poen and his wife raised four boys while living in Viking Lake. One of them, Jeff Poen, became a ranger at Big Creek State Parknear Polk City.

“In my day, the park ranger had some kind of ownership. You put more energy into it,” said Gary Poen. “Today, the DNR wants people not to be so much owners. They want it to be a job where people work eight to five and go home. It’s sad what’s happening. »

Iowa state parks saw record usage in 2021 with nearly 17 million visitors and more than 1 million camping days, according to new DNR data. The total of visits is even higher than the record 16.6 million in 2020when Iowans were looking for outdoor entertainment during the COVID-19 pandemic.

DNR housing guidelines say park staff “may stay there until they leave the house voluntarily or the person leaves the house due to attrition.”

However, the DNR told rangers and other staff on November 29, 2021 that they must vacate state-owned homes by November 30, 2022 – including some rangers who recently had to move into homes of the park as a condition of employment.

“The termination of housing in the parks is a new decision and will require an update or cancellation of the existing housing policy,” DNR Deputy Director Alex Moon said in an email.

The decision was not announced to the public — what Moon told Sen. Joe Bolkcom, D-Iowa City, is typical of personnel changes at parks. Moon said the DNR has other divisions that provide housing and the DNR will look into them as well.

An example of housing owned by the DNR is the temporary housing for summer workers at Honey Creek Resort near Moravia. The Delaware North management company paid $500,000 to build the homes in 2016 or 2017. The resort hired more than 20 Thai employees in the summer of 2017, the DNR told The Gazette in 2018.

The DNR is now considering selling the complex, which has suffered from low occupancy for many years.

A question that has lingered since The Gazette first reported on the DNR’s eviction of state park staff is why the agency allowed the accommodations to deteriorate to such an extent that the DNR believes that ‘it would cost up to $1 million to repair 26 homes in 23 state parks.

MNR was responsible for maintaining the systems in the house, including the furnace, water heater, air conditioner, roof and siding, in accordance with housing guidelines. Staff who wanted to make other home improvements, such as adding a deck or installing new flooring, could do so on state time if the projects were approved.

“They were always forced to spend money on state houses,” said Dave Sunne, who was a ranger and lived in Backbone State Park, near Dundee, for 24 years. The house he lived in was a modular home purchased in Montgomery Ward in the 1970s and placed on the stone foundation of a previous home, Sunne said.

In his early years, if Sunne wanted to replace a light fixture or install new drywall, the DNR would pay for the materials, but not the labor, he said. But in recent years, the DNR was less likely to approve spending beyond new paint.

All state-owned homes were required to be inspected once a year, at which time a supervisor would determine if the home needed maintenance. An inspection of Backbone’s home on March 2, 2020 indicated that the flooring needed replacing and the garage needed to be demolished.

The DNR is still determining what it will do with the state park homes once released.

Some houses were built by Civilian Conservation Corps in the 1930s and may have historical value to maintain as a lodge, office or cabin available for public rental, the DNR said. But other homes could be demolished, Krausman said.