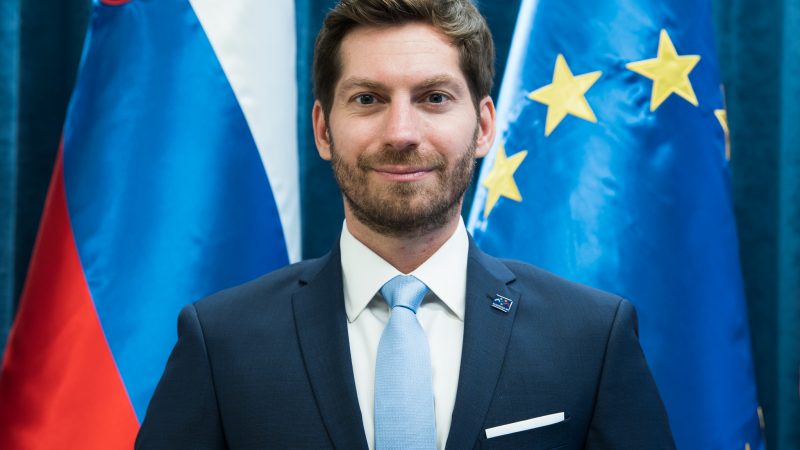 Mark Boris AndrijaniÄ, Slovenian Minister for Digital Transformation in charge of the dossier, explained to EURACTIV in an exclusive interview how the DSA is supposed to foster trust in the digital environment.

What is the purpose of the digital services law?

The number one goal of the DSA is to create a safer digital space. It does this by protecting the rights of consumers and by defining a clear and balanced responsibility for platforms, especially the larger ones. It brings more clarity and legal certainty to the system, which will ultimately increase confidence in digital services, and the digital space in general, for our citizens.

That is why we must proceed with this legislation in a timely manner, and we are very satisfied that we have reached an agreement quickly. This is a historic victory for European consumers.

There are several signs that trust in the digital environment is on the decline. How is the DSA intended to restore that trust?

The problem with today’s digital space and citizens’ experience with it is that there appears to be a lack of clarity on the rights and obligations of all actors in the digital sphere, which obviously leads to some unfair or undesirable practices.

Our citizens do not feel safe in cyberspace. With the DSA, we very firmly apply the principle that what is illegal offline must also be illegal online. As a result, there will be more transparency and certainty about what is allowed on the Internet and what is not.

This lack of clarity not only hurts consumers. It’s also something no business wants. It is also in the interest of Internet companies that we restore the confidence of citizens because this will promote the consumption of online services. Ultimately, this is a win-win situation in the long run and a much needed move in the short term.

One of the trickiest points the DSA tries to resolve is illegal content, which must be balanced with freedom of expression. How does the DSA strike this balance?

The DSA is horizontal legislation of a procedural nature that does not really define what is legal and illegal. The definition of illegal content remains a matter for national laws, except when it comes to rules harmonized across the EU, as is the case for terrorist content and sexual abuse of children.

What the DSA regulates is the management of illegal content. That is, how online service providers deal with this type of content, setting very clear rules and procedures on what needs to be done in various cases, for example notifying the competent authorities.

When it comes to harmful but legal content, this is an area where platforms have more freedom. However, their policies must be defined in their terms and conditions, and these must be in accordance with human rights.

What is important to stress is that intermediaries have no general obligation of supervision, a principle which was already laid down in the Directive on electronic commerce in 2000. But, of course, when a platform is informed of the legality of certain content that has been uploaded, then it must react accordingly.

To which services do these obligations apply?

Internet service providers only transmit communications and are therefore not subject to the obligation to remove illegal content. They are not responsible until they initiate communication, define or select the recipient, or modify the information.

However, they must comply with certain conditions such as having a legal representative in the EU, providing compliant terms and conditions and transparency reports.

In terms of societal impact, how are the various digital players supposed to cope with potential risks?

The very large online platform will have to carry out risk assessments. Platforms playing a systemic role in the digital space also present systemic risks for online participants, which means there needs to be a higher degree of oversight and transparency.

It is really important to note that these obligations for online service providers are designed asymmetrically, which means that small players have far fewer obligations than large systemic players.

One of the goals of DSA is also to encourage entrepreneurship and innovation, and we don’t want to create unnecessary costs or unintended consequences for growing small businesses.