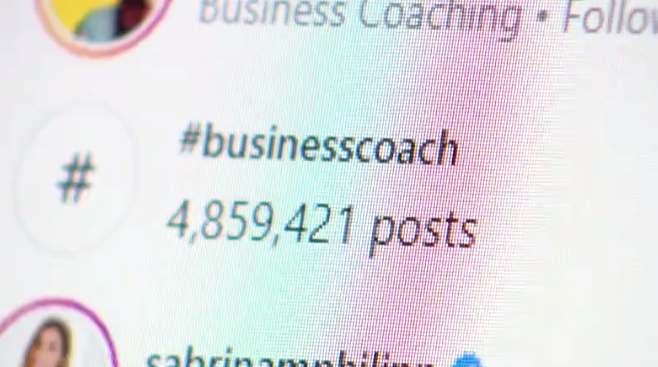 A former television news anchor, Dhomonique has since launched several businesses. She is one of thousands of women who offer business coaching services to others looking to launch their own entrepreneurial careers.

As Americans transition into new jobs or start their own businesses in record numbers, the career coaching business is taking off. The business isn’t new, but there’s a new breed of trainers emerging on social media. Murphy has a business degree and solid business experience, but not all coaches have that.

“These coaches are a little different, in that they’re a little younger,” said Jennifer Ortakales Dawkins, who interviewed 15 different business coaches for research on the growing industry.

“They’re usually in their mid to late 20s or even early 30s, and I think they’re aimed at a younger generation as well.”

But are they legit?

Alison Wright thinks so. She hired a business coach when she started her own bookkeeping business in 2019.

“This group kind of helped me understand market research, what people actually need, what is a good price,” she said.

And the coach offered him camaraderie.

“It can get lonely when you’re alone, so having a group to support you and support you can be great,” she said.

But Ortakales Dawkins tells us, sometimes offering camaraderie and trust can be a strategic move from these coaches.

“They don’t actually promise the money, they just promise you can work on the mindset stuff — and then it’s up to you,” she said.

Promised deliverables are just one of the important things you need to look at when considering hiring a career coach, Murphy said.

“The key is to make sure that if someone says they can do things that don’t seem quite right in a short time, it’s probably not true,” she said.

Like so many other things, hiring a business coach requires research on the part of the buyer.

“At the end of the day, as consumers, we have to take responsibility,” Murphy said.

Look for a job? It's easier than you think with VIU's online job board 💻 | Vancouver Island University